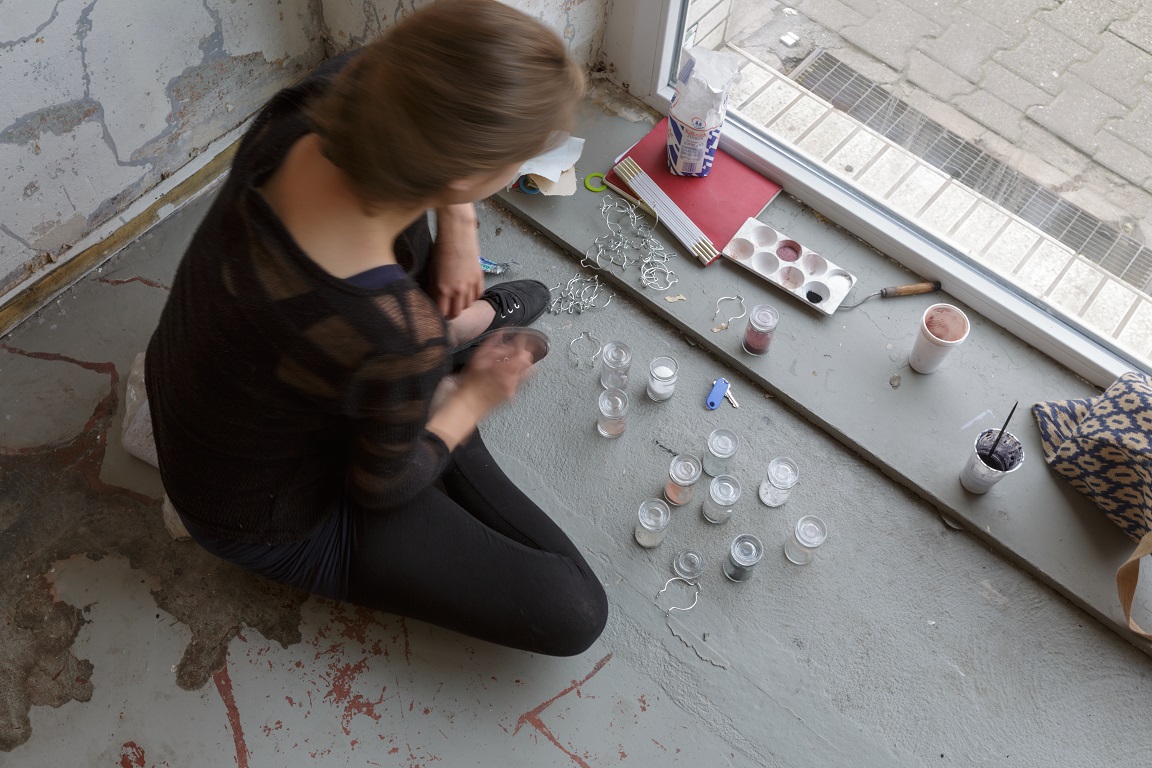 By Stefanie Rogg, European project manager on behalf of City of Gelsenkirchen

Old facades that enchant adherents of Wilhelminian-style architecture, faceless post-war architecture, green niches and hidden entrances with surprising insights. Anyone walking along Bochumer Straße wanders through the history of Ückendorf, a city quarter in the south of Gelsenkirchen. If you walk too fast along the busy street, where motorists and the tram are in a rendezvous, you will only be able to guess at the inner life and perhaps get annoyed by the construction sites that narrow the paths. Those who keep their eyes open will experience a change in which upheaval means new beginnings.

The structural change has raised notches here but has also opened up spaces – physically and mentally. Because neglected real estate and some difficult social structures could not deter artists and creative people here, they have made niches and vacancies their own. First, there were individuals who penetrated urban spaces with studios and their art; now a dynamic movement has established itself in which “young savages” and established artists, but also students and start-ups, are creating a new attitude to life.  The city recognised this potential even before the Capital of Culture year and is massively supporting the development of this creative quarter (see also www.kreativquartier-ueckendorf.de ). This is not only being done with funds from a state grant, but also with a multi-million-euro urban development programme that is redeveloping buildings and making them available at low cost for new usage options. Whoever walked through the supposed no-go area 10 years ago, today admires the renovated facades and new buildings that create new places of the future.

Nowadays, the suburb is an urban laboratory that is exemplary of a successful urban society, where people live and laugh together rather than side by side. But it is also a source for the emergence of (initially) micro-economies, in which young entrepreneurs can try their hand. Co-working, upcycling, art and virtual reality – the themes, the thought patterns and the revitalized shop windows are multi-faceted.  This will also become apparent in 2021, when the largest construction site will be dissolved: the reconstruction of the Heiligkreuzkirche will be finished by then. This was the most spectacular church building of the early modern age and is of outstanding national importance. Now it will be an extraordinary venue and cultural centre of the quarter.

Ückendorf is “only” a district of Gelsenkirchen, but it is also a small piece of the Ruhr area, where cities not only administer disadvantaged districts, but also energise them with the magic that is inherent in culture and creative industries. This arouses curiosity and not only attracts more and more visitors, but also people who want to live and work in this habitat.