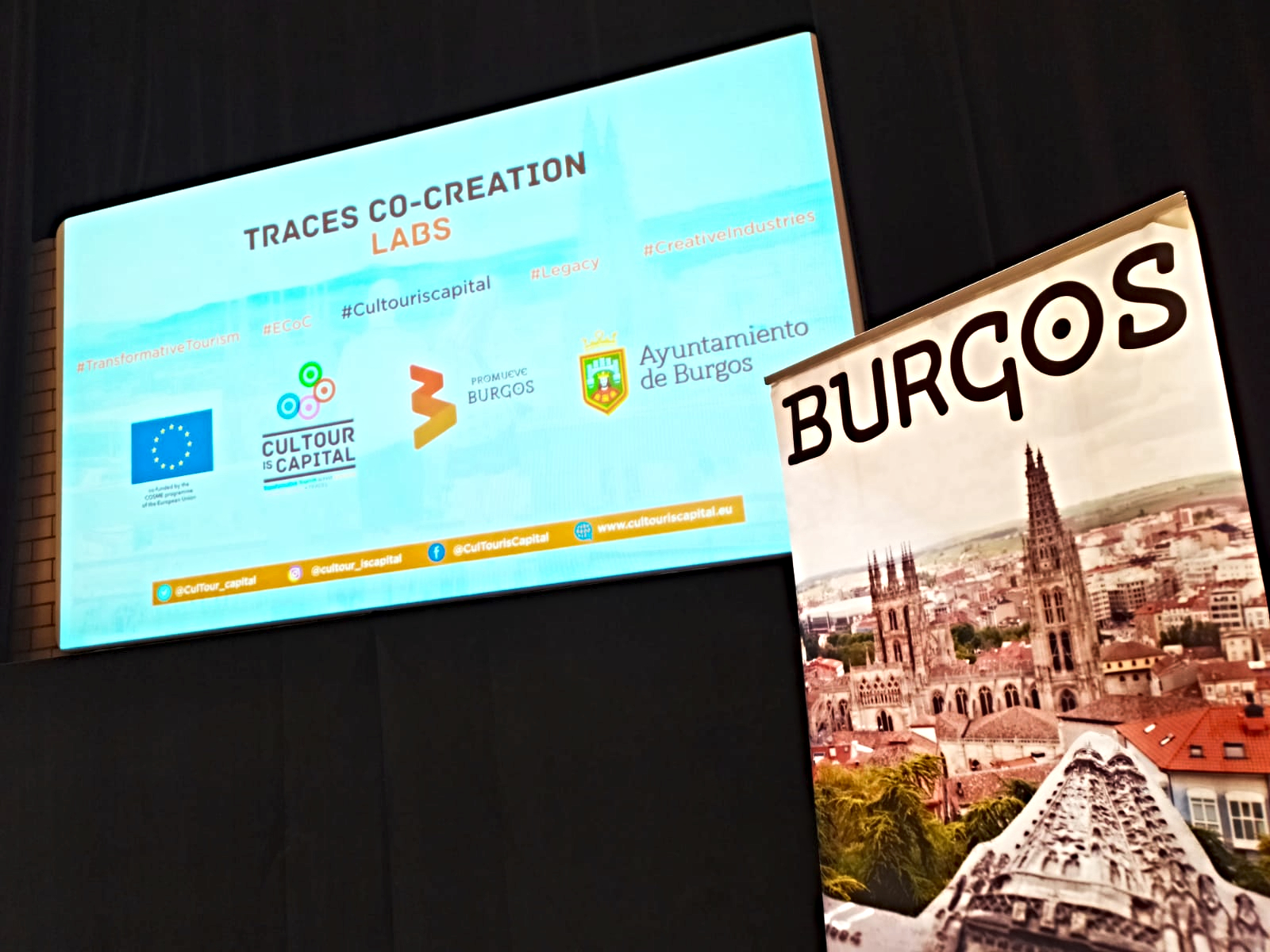 The city of Burgos in Spain is currently working on its candidacy to be the European Capital of Culture by 2031, with it, the city has shown a strong will to project city’s cultural and tourism values, and even more in the field of transformative tourism. Thus, the idea of a TLab in which public and private actors from cultural, creative and tourism sectors would meet to share points of view and new ideas, had received a fantastic welcome. Proof of this is the 45 participants who attended the workshop held on February 4th at the Palacio Congresos Forum Evolution Burgos.

The event was celebrated with the support and collaboration of Promueve Burgos, the public tourism promotion entity. On her behalf, Raquel Puente, tourist promotion technician in Promueve Burgos, explained: “In Burgos TLab we found a very balanced audience in terms of people who came from different fields, and in a sense of homogeneous proposals both in the tourism sector as the cultural, the two pillars of support for this initiative. There were great response and interest, exceeding the initial objectives; and new contacts and impressions were established to continue working in the line of collaboration with the different cultural and tourist levels in order to strengthen a specific program that endows the Burgos Candidacy 2031″.

The workshop began with a theoretical part on the basis of transformative tourism, continued with the presentation of two successful cases about two local companies, Burgos Experience and Paleolítico Vivo, and ended with a group work to devise new activities for the Burgos area and in which both tourist and creative professionals could offer added value to the current heritage of Burgos.

In that sense, Raquel Puente added: “The city of Burgos has enough cultural and tourist resources that through such this TLab can be aligned to form a more rhythmic work when looking for new market opportunities associated with the cultural consumer and traveler. On the other hand, it broadens the horizons of many local companies that are more focused on a national public, being able to meet the needs of the foreign customer, mainly European, our main asset”.