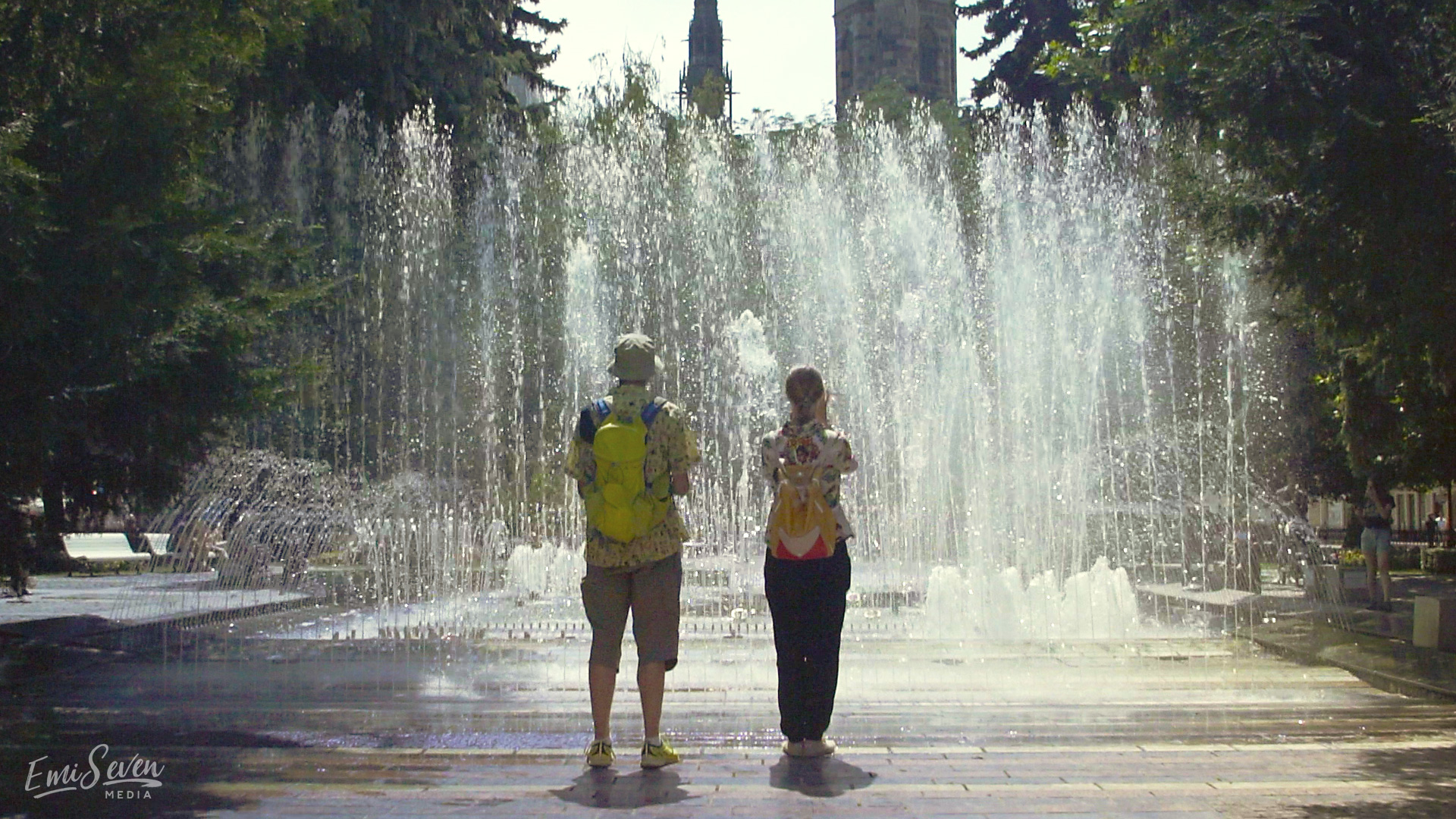 The city of Košice in Slovakia was the third city chosen to live Cultour is Capital Blogger Experience. The videographer, Emiliano Bechi Gabrielli, and the bloggers of The Crowded Planet Margherita and Nick, traveled to live a first-hand itinerary based on transformative tourism experiences, carefully planned by the work of TraCEs TLabs.  The objective of this journey is to do a pilot test so that Bloggers live the transformative experience and have a first-hand narration of the adventure in our new and coming soon platform: Game of TraCEs.

The experiences in Košice were based on his ancestors including their gastronomy, art, architecture, as well as their way of transporting. The itinerary also included living the everyday life of a local. The trip was planned in 3 days, first the bloggers started with a tour with Igor from Local Nomad, a tour operator offering unusual tours in the city and around. He explained the history of the city such as how Košice has belonged to 7 different countries over the course of a century. The itinerary continued to Hostinec, the oldest pub in Slovakia, and one of the oldest in Europe to have lunch. There, they tasted a selection of traditional Slovak food. In the afternoon, they walked around the Terasa neighborhood, built-in socialist times, where our protagonist appreciated some large-scale murals painted during the yearly OMG – Open Mural Gallery event. Then they moved to the outskirts of the city, where they visited an abandoned silo and did an urban exploration and learned how to make graffiti with a Street Art Workshop. The day ended with the visit of Tabačka, the biggest cultural and creative independent center of Slovakia.

The second day started in Nizná Myšl’á, an archeological site, where the bloggers saw a museum with skeletons and handicrafts from the Bronze Age and learned about life and traditions during the time. Then, they visited the site with some replica buildings and tried to be archaeologists for one day, discovering some Bronze Age bones. The next stop was a visit to Košice Castle. In this castle, tourists can live a “Medieval Life” by joining fun activities such as cooking a medieval meal, visiting a garden with ornamental and medicinal plants, and trying archery and sword fighting. The day ended with a retro children’s train, where everyone gets to dress up as train inspectors, push the handcart and visit the engine. A real journey through history, local and personal!

Sundays are for the countryside

The last day was to experience as the locals do, on Sundays Košice’s enjoys escaping to the countryside, so the itinerary was to travel to a pretty village called Háj, famous for having been the filming set of the movie ‘Behind the enemy lines’. They met a local, called Laci Baci, who invited them for aperitives for later to hike to a scenic viewpoint where they saw wonderful views across a karst valley. They spent the afternoon with Jan and Eva, a local couple, and tasted bean soup and palacinka (pancakes). As the bloggers shared, the experience in Košice was very fulfilling, getting to know the locals, and experiencing how they live in the present and the past.