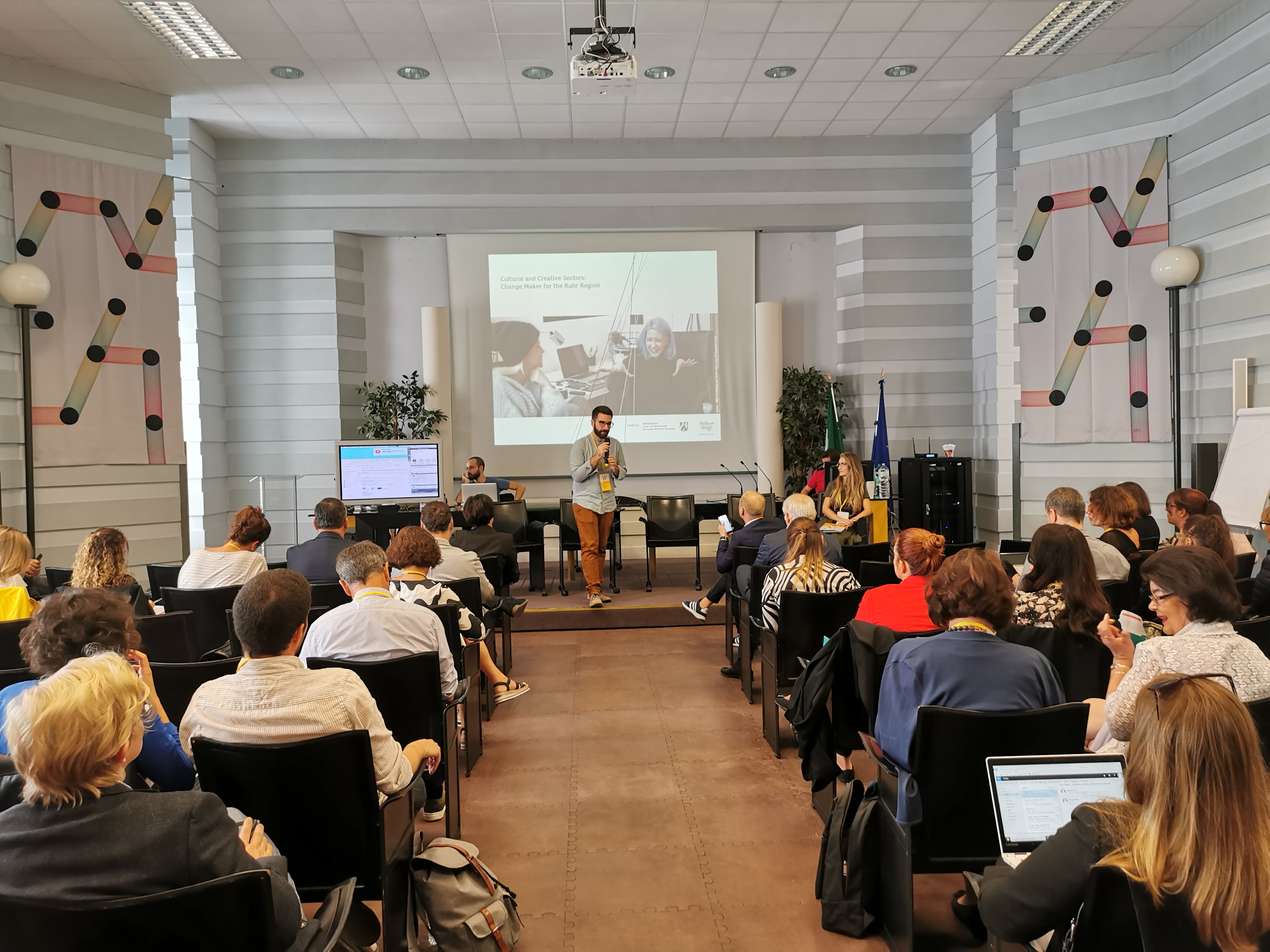 Last 25th October, the city of Matera became centre of international debate. Members of the ECoC-SME Interreg Europe and Cultour is Capital project, together with representatives of the cultural and creative industries, and tourism sector, discussed the role of European Capitals of Culture as a driving force for local development. The event was organized by Artlab in collaboration with Materahub, in a twin event celebrated in the cities of Bari and Matera.

Before starting the session, Materahub director and host of the event, Paolo Montemurro,  highlighted the importance of the topics submitted to discussion: “For Matera it has been an incredible opportunity to welcome other European Capitals of Culture and, together with them, reflect on how to build from this one year event a successful future, based on the power of culture to generate economic sustainable growth”.

To this end, representatives of ECoC programme reviewed the impact of the distinction on their cities and proposed new ways to make the results permanent.

In this sense, professor of Cultural Policy and planning at University of Hull (United Kingdom) Franco Bianchini presented the results of this British city’s involvement in the 2013 ECoC programme. The 89% of cultural organisation stated they had gained new skills, he highlighted. Regarding social impact, Bianchini explained that there was clear evidence that the project “stimulated optimism and hope, and reduced loneliness, as well as encouraged people to study and think about complexity”.

Taking as starting point such positive and beneficial results for both industry and population, the challenge of keeping them beyond the capital year has been translated into new collaborative strategies, especially in the creative and cultural industry (CCI) sector. In this regard, the director of the European Creative Business Network, Bernd Fesel, presented the experience of the German city of Ruhr (ECoC in 2010), the first ECoC to include cultural and creative industries as a strategic pillar.  In fact, the city collaborated with 889 CCI companies, setting up 92 projects.

On its behalf, Matera 2019 presented as a suggestion of improvement the implementation of Transformative Tourism strategies in the tourism supply of cities. In this Italian city, the number of tourists has increased by 46% in the last 3 years. This achievement has been accomplished by offering visitors a passport that turns them into ‘temporary citizens’ and not just visitors, thus changing the focus from place to community.

Experts in the field of creativity, such as Emma Taveri, Destination Makers CEO, delivered the innovation point of view on the issue. Taveri presented new trends and behaviours in the travel sector focused on Transformative Tourism. She also explained to which tools could can ECoC resort to in order to place themselves in the tourism market. As the expert remarked: “There is a long way to go, travel is in constant process of change and we need to adapt to it with new offers and experiences that give new satisfactions to the visitor”.

Additionally, the participants debated in three workshops the relation between Transformative Tourism and the ECoC, capitals and CCI and, of course, ECoCs and their legacy. The meeting closed with a session dedicated to Models of CCIs incubation for local development, leaded by Francesca Imperiale, president of ENCATC (European network of cultural management and policy).