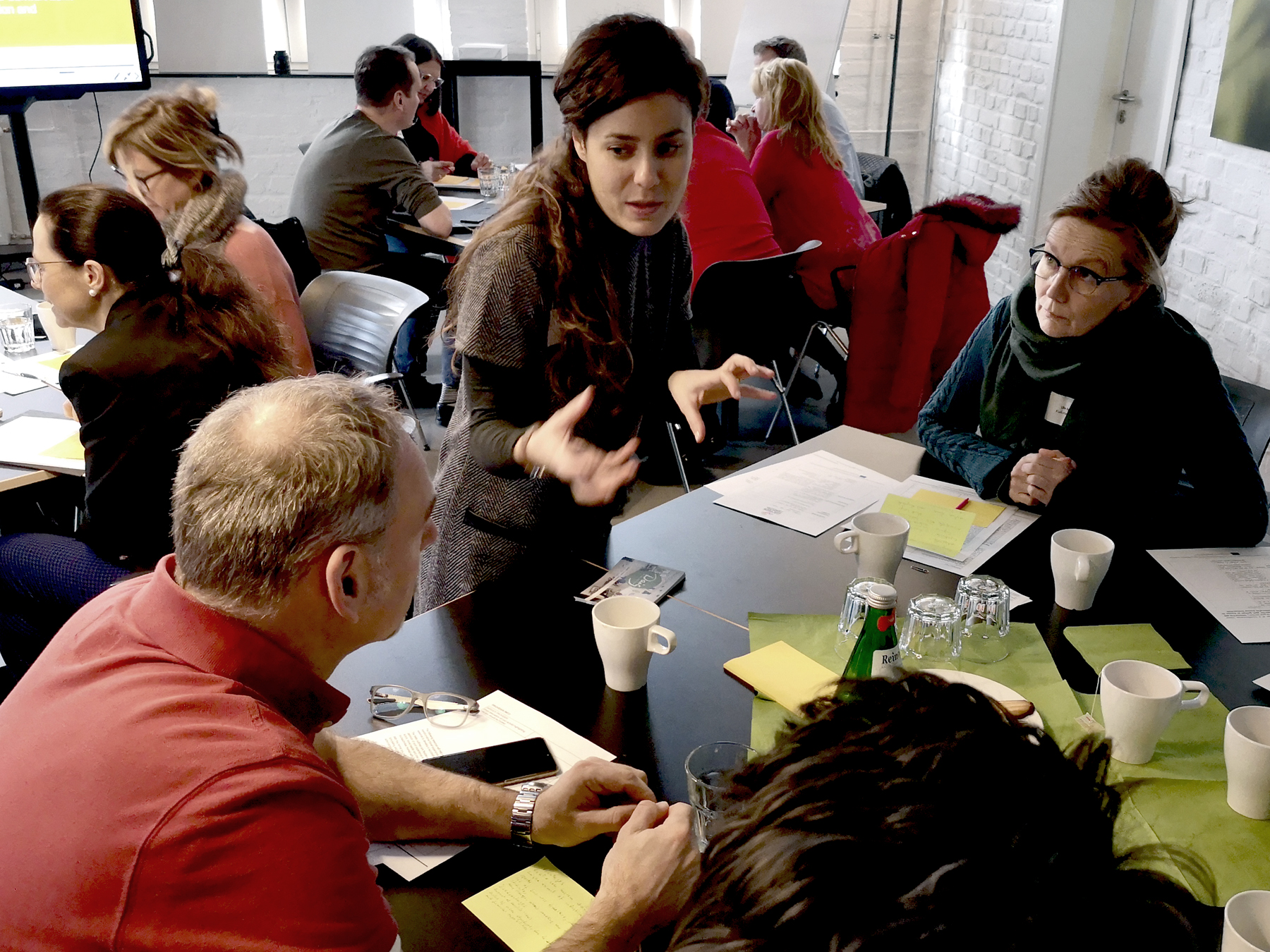 The city of Gelsenkirchen, in Ruhr area, welcomed the second TraCEs Co-Creation TLab gathering a mix of specialists from the fields of culture, creative industries, media, city representatives and travel companies in a worth mentioning venue, the “Daig” a coworking space on the Halfmannshof area, the network of creative quarters of national and international art and cultural institutions and universities.

With a theoretical and a practical part, the TLab went into detail about the value of Transformative Tourism and its possibilities to enrich tourism offer in Gelsenkirchen area. On the subject, Stefanie Rogg, project manager for TraCES on behalf of the city of Gelsenkirchen, expressed: “The orientation of TLabs against the background of its involvement in the EU joint project TraCEs is a clear confirmation of RUHR.2010 and the successful development of a region that has successfully repositioned itself post-industrially”.

Ruhr area, with its ‘godfather’ the city of Gelsenkirchen, was European Capital of Culture in 2010 and since then it has shown to the world its willingness to turn into a positive asset its heritage. “Gelsenkirchen is no longer a city on the move but is already in the midst of change, diverse, creative and colourful as well as green, and is also a place that captivates its guests”, told Rogg.

Regarding the proposals born in the TLab, the project manager, claimed that “the quality of the ideas was based on the complexity of the Ruhr area, in which industrial culture plays a major role, but also the paths in between, which do not connect former coalmine sites and densely populated cities, but also focus on the green experience space. In the sense of being close by, the bicycle is far ahead for exploration. Using this mobility to explore not only industrial sites, but also new spaces of discovery in creative districts, with access to city planners, hidden places and artists, and thus to achieve a charge with reference to time and worlds of thought, has its own charm and offers a lot of potential”. It is definitely the first step on this hopeful journey the city started long time ago to give not just the tourists but also the local citizens an innovative cultural and creative activity offer.