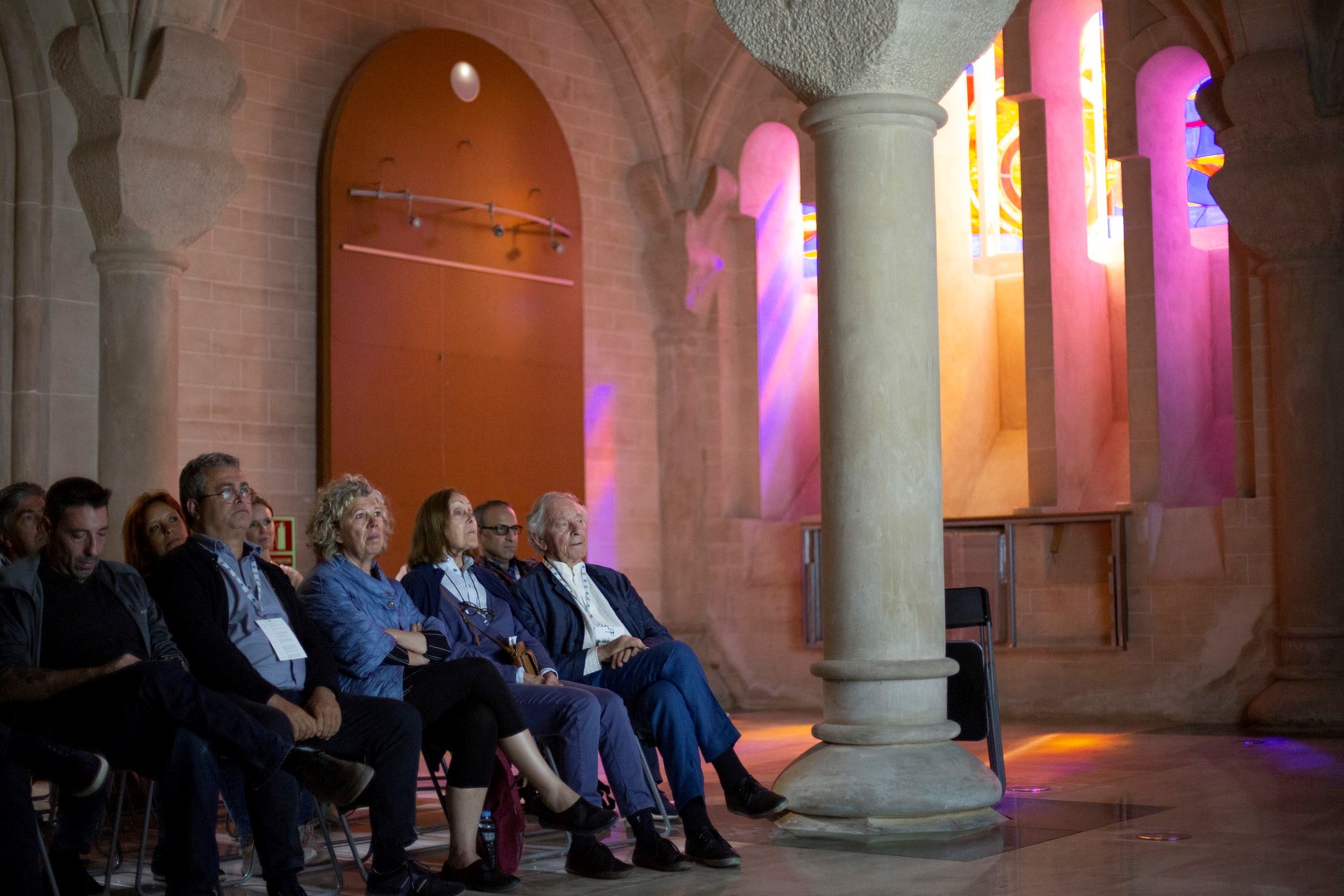 Santi Valldepérez is a producer, documentary filmmaker and the creator of Terres Travel Festival – Film&Creativity, the only film festival about tourism in Spain. His passion and commitment led him to open a window with a view to the world. Through this window, he travels to dreamlike places and, at the same time, transmits fundamental values such as sustainability, responsible tourism, creativity and territorial rebalancing.

Terres Travel Festival has become an inescapable event within the circuit of the International Committee of Tourism Film Festivals (CIFFT). It is the perfect example of the benefits that synergies between creativity and tourism can generate for a territory and its residents. Terres Travel Festival will celebrate its fourth edition from 24th April to 3rd May 2020 and will keep Call for Films period opened until 15th December.

What was your motivation to create the only Film Festival devoted to tourism in Spain?

Through the production company Filmsnòmades, in 2015 we discovered the universe of tourism film festivals thanks to our participation as producers in ART & TUR – International Tourism Film Festival (Portugal). We discovered that there wasn’t any festivals specialized in the field of audiovisual tourism in Spain, so we started working to make it possible. The strategic support of ART & TUR and the participation of the institutions of our territory (Terres de l’Ebre, Catalunya) were essential for Terres Travel Festival to become a reality in 2017.

In addition to the programme, the festival offers professional workshop and side events for the general public. How are these three areas combined?

From the beginning of our project, it was clear that we had to combine the three facets: ludic, competitive and professional. For instance, Terres LAB is a forum for the exchange of experiences (conferences, debate tables, case studies, workshops, networking) between tourism professionals and marketing and communication experts. It emerged organically thanks to the strategic support of universities, firms and institutions. We also organize exhibitions: some artists run performances inspired by the concept of travel. Also, we program screenings in unusual places such as the Municipal Market or the Crypt of the Tortosa Repair Church, always with the aim of making the public feel the festival as their own. I honestly think we’re slowly getting there. The festival’s motto, “Inspire, Excite, Discover”, motivates us to add new elements to the programme in each edition.

You are now preparing the fourth edition of the festival to be held in April 2020. Any novelties?

We’re working on several lines. From screenings in unusual spaces, to the creation of a collaborative multimedia work between students of an institute in the city of Tortosa with visual and sound artists. Similarly, we are working on a virtual passport so that viewers can travel around the world through the festival’s productions and aspire to win prizes depending on the films viewed.

Terres Travel Festival seeks to encourage “the magic of travel” and promote sustainable development. Do they necessarily go hand in hand?

Destinations and companies have assumed that there is a need to communicate in an efficient and original way if they want to capture audience’s attention. The future of tourism will be sustainable or it won’t be. And in a context where communication and audiovisual are already almost equivalent terms, we believe that a forum such as Terres Travel Festival can contribute to raising awareness about a way to travel respectfully with the visited environment.

Another of the festival’s commitments is supporting Cultural Industries. What role do they play in the promotion of new tourism models?

There is no doubt that cultural industries are at the heart of a territory development. In the case of a territory with a low population density, such as the south of Catalonia, it is essential to be attentive to the map of cultural producers. In addition to having local providers to channel certain festival communication services, we also involve artists to carry out specific actions. But without a doubt, the best example of the attention we give to cultural industry in the south of Catalonia is the festival trophy. It is a representation of an olive made with palm of the Ports Natural Park, and it is made by artisans from different fields. This influences a concept that for us is very important: circular economy.

And in terms of content and formats, what new paths is the audiovisual industry exploring in the field of tourism?

The decrease in the attention time by users is impacting on new communication formats. The 6s ‘bumper-ads’ are the best example of this trend. Tourist destinations, as brands, should use the same protocols of penetration in the consumer’s top of mind as the rest of the world’s brands.

Tourism shift is another of the tourism challenges these days. You bet on it by celebrating the Festival in Tortosa, a city 2 hours far from Barcelona. Why is it?

From the beginning, we designed a festival that could have an impact on a territory that, despite being well connected to the main airport, Josep Tarradellas El Prat, is located outside the metropolitan area of Barcelona. Barcelona is a city with a great attraction, but in our case, we wanted to emphasize the promotion of sustainability, a key concept in the tourist positioning of Terres de l’Ebre region, the area where the festival is held. Tortosa is a city with more than 2000 years of history, a rich cultural tradition and has seemed a strategic setting for the festival. Fortunately, the Municipality of Tortosa has understood the potential of the project from the beginning and has decided to participate fully to make it a reality.

And clearly, the location has not limited the international reach of the festival since you counted on the participation of 24 countries in the last edition. Will you continue to work to internationalize the festival?

Since its inception, Terres Travel Festival has been conceived as a platform for bringing together productions that illustrate and promote responsible and sustainable tourism from all over the world. Being in the network of CIFFT festivals, travelling to other festivals and being present in other markets is essential for the industry to picture our festival as a unique and attractive opportunity.